Datepicker not working in office 365

DatePicker Issue
I have been developing code that has been working well, keeping track of various versions as they were created.
In the last and final version I added Datepicker to the Visual Basic tookbox, and then added a new form untilizing the date Picker tool as well as adding supporting code to use the datepicker form on any excel worksheet when clicking in a cell requiring a date.

*** This development is created on my main workstation running windows 10, with Office 2019 32bit version.

When testing my developed exe files, I first test them on the machine they were created on. Once I am sure they are working fine, I them copy them to a new HP laptop, running windows 10, with the latest version of office 365 64bit version and another laptop running office 365 32bit version. The last three previous versions that have not included the DatePicker form and code all worked fine.
When the latest version of code with the DatePicker form and code was created, the executable also worked fine on the office 2019 system it was created on, but when I moved the 64bit EXE file to the system with office 365 64bit , I encountered all kinds of errors.
I reduced my code to just a one sheet program with datepicker and it still fails when run in a windows 10 system running office 365. The error is simply "“Could not load objects, not available on this machine”. I have created a support ticket #1991 on Feb 3rd, but have not gotten a reply yet. Has anyone seen problems with running datepicker forms in windows 365 before?

Can you try to activate the following option to see if it solves your problem? 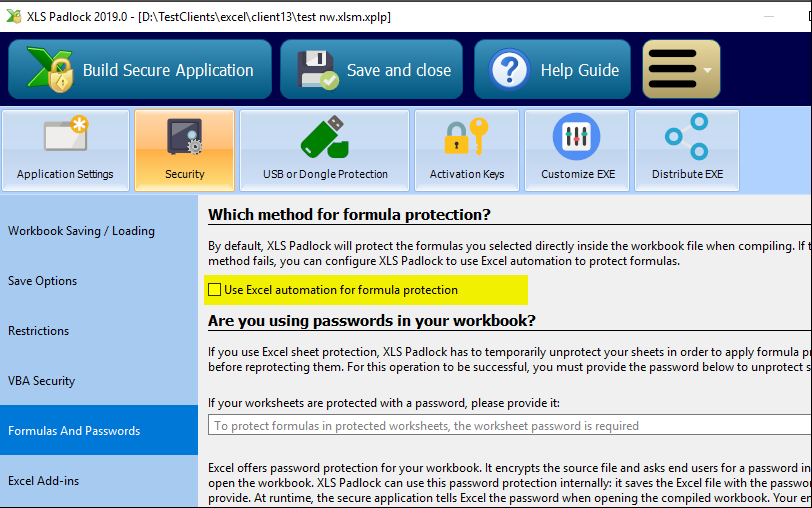