First of all I would like to thank you for creating Gsplit and releasing it as freeware. I have used Gsplit on 50GB+ files (Wikipedia dump) and that works fine!

I have a question, on http://www.gdgsoft.com/gsplit/help/gsplitlog.txt I read the following text “some advanced options like E-Mail support or deleting original file have been removed (they were generally never used).”
I would love to be able to use the “delete original file after splitting”-functionality, do I need to use an old version (pre 1.6.0) to use that? Would it be possible to re-include this functionality for those of us who would like to use it? A simple checkbox “Delete file(s) after splitting” should be enough. Or two option-boxes: “Delete file(s) after splitting” and “Send to Recycle Bin after splitting.”

I am currently using a workaround; I wrote a script that overwrites a .BAT with instructions to delete the file, and sets it to run after splitting has been completed.

Once in a while, this happens when the progressbar on the “Splitting File”-window shows its at 100%. The messageboxes keep coming, you have to close the process via taskmanager to stop it. Tested on Windows Vista SP2. 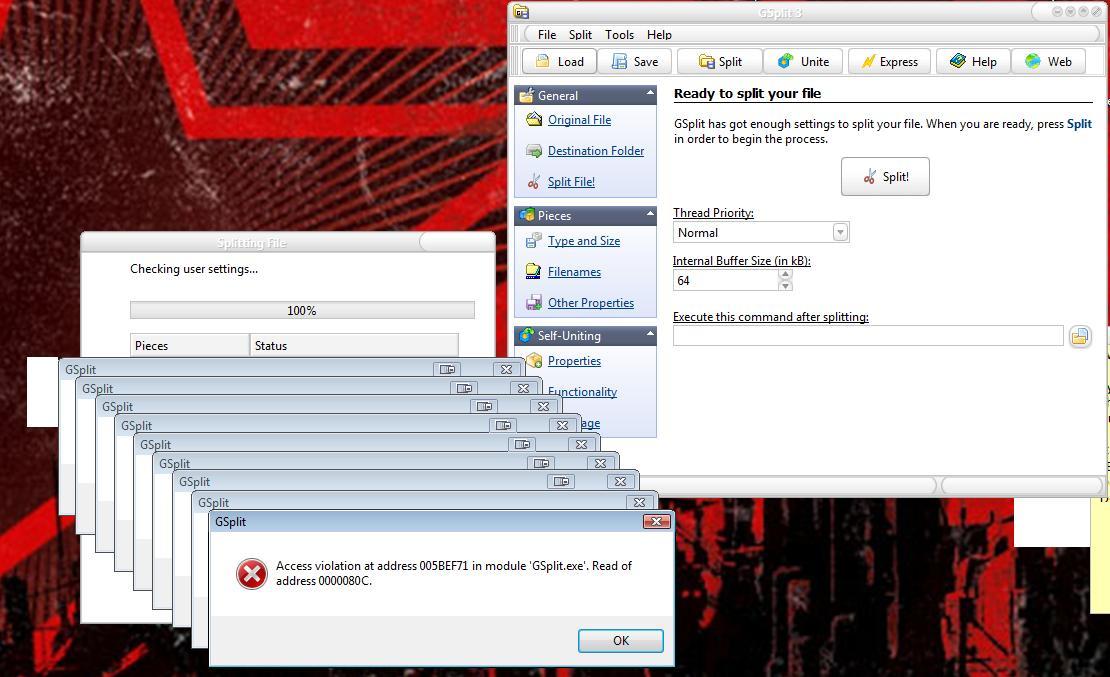 Yes, you can try to add GSplit as an exception. Or maybe an antivirus program is interfering?

Would it be possible to include “Delete file(s) after splitting” or “Send file(s) to recyclebin after splitting” functionality? It seems to have been removed in version 1.6.0 but I would like to use it.

Thanks for your help!

It’s on the TODO list, but there was another reason why it was removed. Although I don’t remember which one